Progesterone tests: who needs them and what they say

Your cycle is very irregular? Do you suffer from spotting? Have you  been trying to get pregnant for a long time, but it just doesn't happen? Have you  had an early miscarriage or even several? Or do you  suspect you're going through menopause and would like some clarity?

These are five classic scenarios for which hormone testing is often suggested.. In these cases, a practitioner will advise a progesterone test, which can be done either with a saliva sample from home or with a blood test in the doctor's office. However, these tests also often come under criticism. This is because one test alone is usually not enough to indicate what your health and fertility situation really is1. Here we have have summarized for you how, when and why you can or should perform progesterone tests.

One thing is certain: If you want to get pregnant and stay pregnant, your progesterone level must be right. In short, without enough progesterone, you can't get pregnant. Fortunately, most of us (yes, men too) produce it on our own without any problems. And it is produced in the ovaries to a high degree, and in the testicles and adrenal gland to a lesser degree2. Progesterone ensures that estrogen production does not get out of balance in humans; promotes healthy sperm formation in men, and mental stability, strong immune system and metabolism in all of us2. For women, however, the most important role is the to first to promote conception and implantation, then to maintain pregnancy3.

The following happens in your body during the menstrual cycle: In the first phase, the follicular phase, your egg matures in the follicle and estrogen causes your uterine lining to grow. Then ovulation occurs - and the follicle's egg membrane, the so-called corpus luteum (which is actually yellow in color), produces lots of progesterone. Studies also suggest that progesterone makes sperm more motile, which facilitates conception3.

After conception, the corpus luteum continues to produce progesterone for more than two months, then, around the twelfth week of pregnancy, the placenta takes over this task.

In cycles in which pregnancy does not occur, the corpus luteum regresses, the progesterone level drops about a week after ovulation - menstruation begins another week later and with it a new menstrual cycle

Progesterone deficiency or corpus luteum insufficiency (CLI), as it is known in medicine, is only noticeable with data. A shortened cycle, especially in the second phase after ovulation, can be an indication (see figure). Daysy users can also monitor their post-cycle temperature curve, as a peak (high temperature) should be visible after ovulation. If this is shorter than ten days, the basal body temperature will only rise gradually or remain at a low level and this could be an indication of a progesterone deficiency. 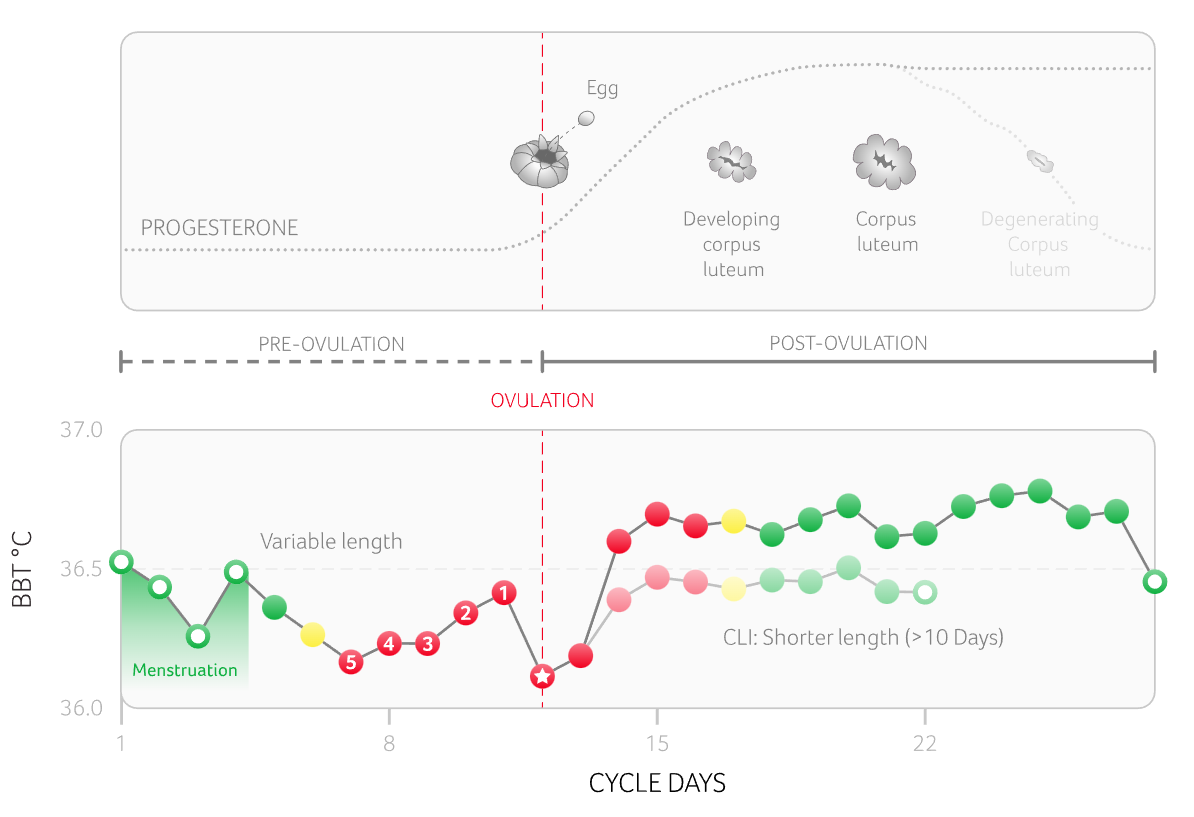 Progesterone testing - yes please! But how?

Since progesterone levels fluctuate during the cycle as well as across a lifetime and also differ from person to person, spontaneous or sporadic testing is pointless. And using progesterone cream, gel or tablets on suspicion of a progesterone deficiency can even be dangerous. Headaches and drowsiness, menstrual irregularities, and interactions with numerous medications are possible with overdose4. Because the progesterone level fluctuates, you must not rely on very low values to be (no longer) fertile. Even in the midst of menopause, ovulation is possible from time to time.

Doctors should always take a detailed medical history and carry out a comprehensive examination in the event of cycle fluctuations or indications of reduced fertility. They will usually also check the levels of other hormones that interact with progesterone.

There are some providers who sell progesterone tests that can be used at home. These tests should be performed when the progesterone level is at its highest, i.e. around day seven after ovulation or seven days before the expected start of the next menstrual period. The saliva samples should then be sent to a laboratory. There are tests that take place on one day at different times and those that should be repeated on three consecutive days at the same time. Most tests also survey several other hormone levels in addition, for example, estradiol or cortisol levels. Some feel that a lot can go wrong when measuring at home, for example as a result of incorrect timing or faulty saliva collection. It can therefore be difficult to obtain a meaningful result1.

The following applies to all saliva tests: The rules for use must be meticulously observed, because the result is very susceptible to interference. Blood tests in the doctor's office are proven and - if scheduled correctly - also informative. If there are indications of hormone imbalance, menopausal symptoms or infertility, the costs are usually covered by health insurance. Women who use Daysy have the advantage that they can determine the date for optimal testing: It is seven days before the expected first day of menstruation. So if you have short cycles averaging 25 days, day 18 would be ideal; if you have long cycles around 35 days, day 28 would be ideal. This is when your progesterone level is highest. It is also helpful if you know your ovulation day exactly in order to know in which phase of your cycle you are - for example with the help of your Daysy.

With the help of Daysy you know - even with an irregular cycle - the time of your ovulation and thus the date for the test at the doctor.

Which values are normal?

Obviously, you should not take a progesterone test while you are taking hormones (for example, the "pill" or using other hormonal contraception) or if you were recently pregnant or are breastfeeding.

It should be noted that different laboratories have different reference values for what is considered a normal progesterone concentration in the blood serum.

Below are three examples:

After menopause, the end of menstrual bleeding, only a progesterone level of up to a maximum of 1.00 µg/l is detectable3,8.

One more reason to go to the doctor immediately instead of testing at home: At the latest, if you have received a clearly too low test result in the self-test, it is time for a visit to the doctor's office. This is the only way to find out exactly what is behind the low progesterone level. If you have been taking hormones until a few months ago, patience usually helps best. However, other common causes of low progesterone levels are not exactly rare either, especially these:

Depending on the diagnosis, further examinations should take place to show how you are doing overall and whether therapy is possible and necessary. Many people are helped by a balanced diet, and the progesterone level returns to normal

Sometimes an underlying health issue needs to be treated, for example hypothyroidism or Crohn's disease. In many other cases, the progesterone deficiency can actually be treated with progesterone medications.

Conclusion: Do you think you might have progesterone deficiency? Better have it checked!

As you can see, your progesterone deficiency has many consequential effects.  It is best to have a comprehensive diagnosis from a doctor, with treatment options, in case there is a health issue present. This is the best way to achieve a regular cycle and conceive when you’re ready. 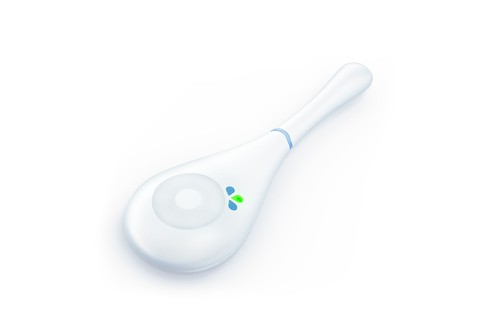